These are arguably two of the most influential business leaders in America’s history.

From 2001 to 2011, Schmidt served as the CEO of Google, the formative years that set the stage for Google’s massive growth.  When asked what was some of the best advice he ever received he said, “The first thing thing that comes to mind is ‘to have a coach.'”

From 1975 to 2000, Bill Gates was the CEO of the largest PC manufacturer in the world.  His advice, during his second most-watched TED talks (2013), “Everyone needs a coach.”

How My Coaching Works:  The 7 Step Process That Will Change Everything

START – You have a goal, dream, passion or life-purpose you want to achieve and are are blocked from reaching this goal

STEP 3 – You have a complete paradigm shift (the Romans 12:2 transformation)

STEP 7 – You achieve your goal in a way that is predictable, repeatable and sustainable

(She is a Christian professional working as a manager in a software start-up reporting to the vice president of service operations)
She joined the company with several other women who also wanted to have successful careers.  After four years, although making a great six-figure salary, she found her colleagues advancing rapidly yet couldn’t understand why she was not.  Within just four coaching sessions, we uncovered a deep-seated limiting belief – she believed it was impossible to advance without coming across as a bossy and harsh female leader.  She didn’t want to be one of those women who stepped on others to get ahead.  She was compelled to be gentle and respectful, as Christ would desire.  It meant, however, she was not eagerly pursuing advancement.  She expected her VP to see her accomplishments and promote her like the women in the other departments were being promoted.  With coaching, her Limiting Belief was easy to remove.  By the end of just three short months, (four coaching sessions), using a direct path to exposure, she was promoted to Director of Strategy and gained a 14% salary increase.  She now participates in all executive strategy meetings and is able to righteously influence company direction and culture.

A Little About Me 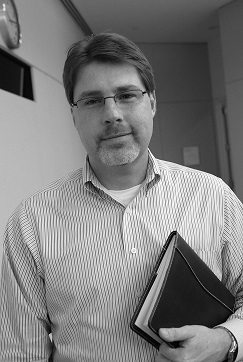 I am a disciple of Jesus, a motivational speaker and ICF Certified Professional Coach.  I founded Motivationeer™ in 2012 by developing a unique and powerful coaching style that combines modern-day executive coaching, brain science and scripture.

I uphold the faith by making contact with the prevalent philosophies of the corporate world by showing their foundational structure as Christianity. The result is a transformative approach to career growth as part of our ultimate mission.

I show other Christian professionals how to influence outcomes by changing the way they think.  Whether it’s driving change, increasing productivity or removing wasted time, we possess the ability to quickly and dramatically impact our own results.

Convinced we all have a purpose, especially in our careers, I show Christians how to implement these life-changing methods that not only increase individual performance but ultimately influence company culture for Christ.

I have three Executive Coaching Packages:

Each session lasts from 60 to 90 minutes.  Most clients meet once per week for the duration.  If you have a significant short-term deliverable and want coaching to support perfect execution, we can meet daily too.

What Are You Waiting For?