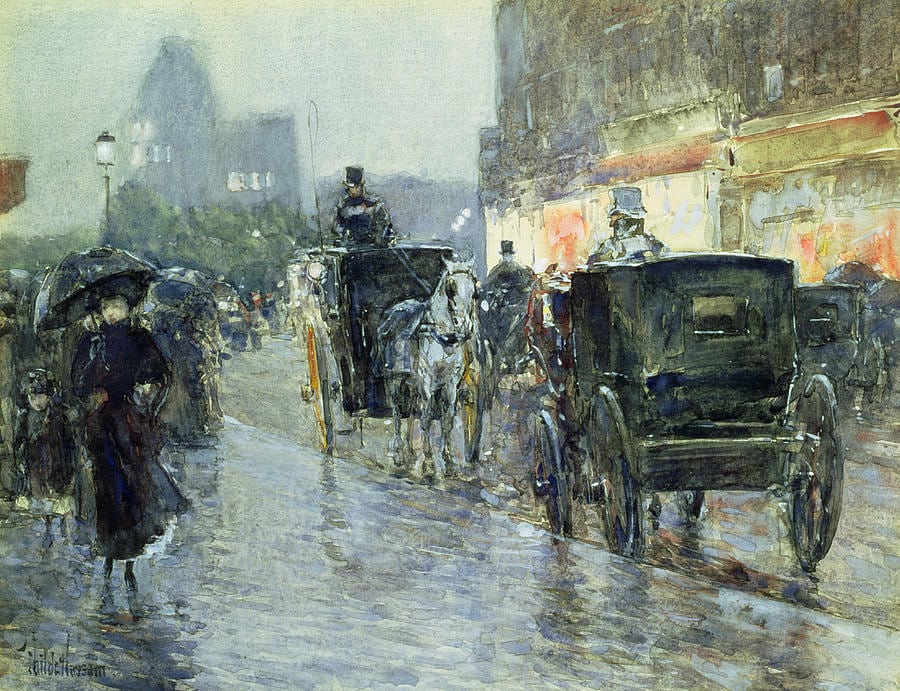 Professional Coaching has grown in popularity across America in recent decades.  More and more people are training to become interpersonal coaches as institutions like the Coach Training Alliance, International Coach Academy and the Institute for Professional Excellence in Coaching are sprouting nationwide.  The rapid growth of the professional coaching industry has even required a certification and standards organization called the International Coach Federation, a group designed to build the legitimacy of genuine interpersonal coaching and help weed out the casual therapist-friend or weekend mentor from claiming the now-prestigious professional coach title.

Where Did it Originate?

But where did coaching originate?  The modern day form of coaching is defined by its practitioners as a creative partnership where a process is used to help inspire a person to maximize their potential.  But who was the first to truly coach someone?  Where did that first coach begin, and what was the basis for it?  Would we even recognize it by modern coaching techniques? 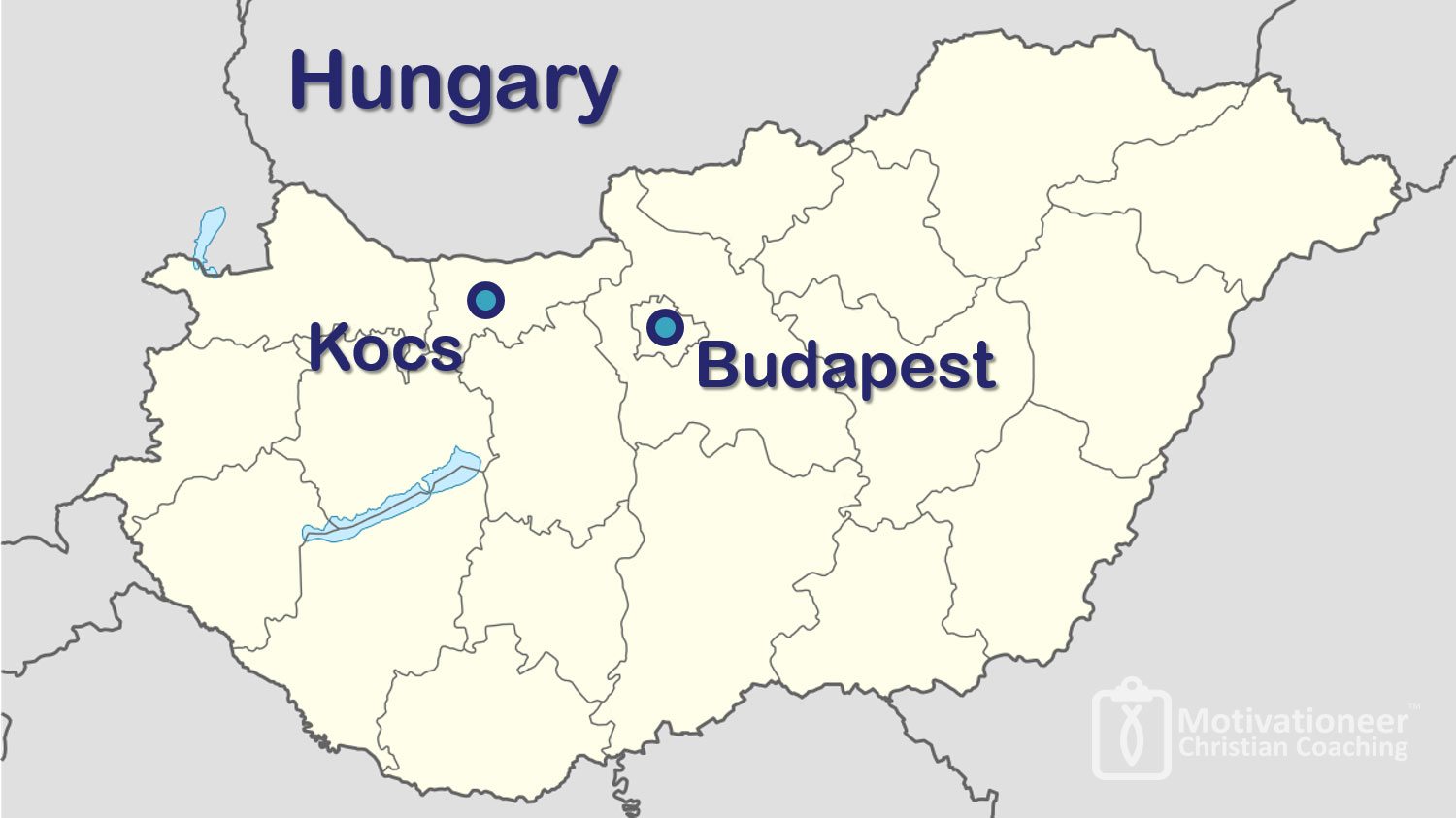 The word coach, according to historians, derived from the small Hungarian town of Kocs just west of Budapest.  In the 1550’s it was here that superior wagons, carts and carriages were designed, wheeled vehicles drawn by horse power to carry people between Vienna and Budapest.  The German-speaking Viennese called the horse drawn vehicle a Kotsche, which is how they heard the Hungarian town pronounced by its occupants.  Eventually the French began to use the vehicles and naturally transliterated the word to coche.  The Romans called it a cocchio, still do, and finally the English formed the word we have come to know as coach. 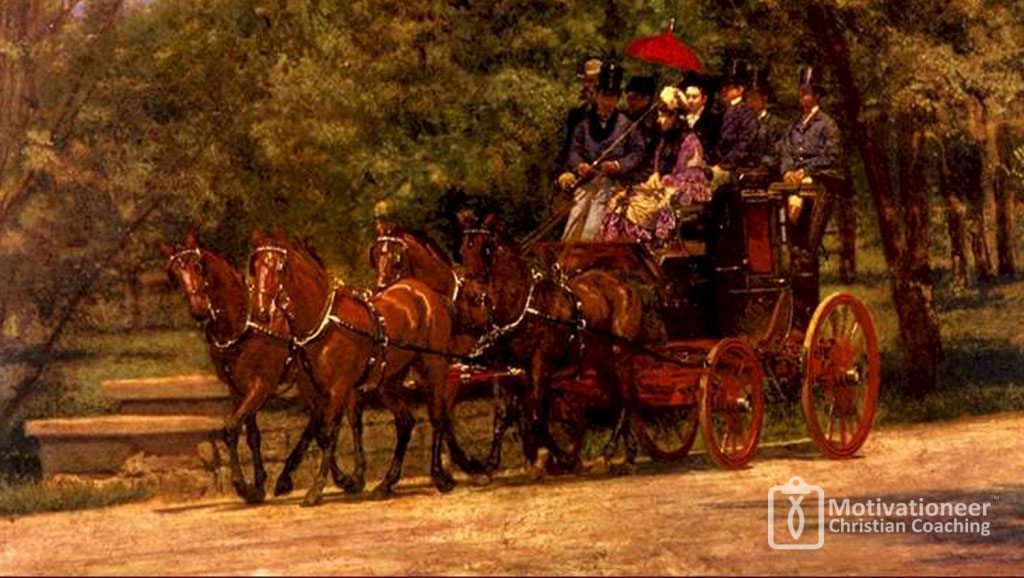 In 1830 the word first appeared in the academic world when Oxford University used it as a slang descriptor of a tutor who “carried” a student.  It wasn’t until the 1860’s the term was actually used in the world of sports, in England.  Athletes, as well as college and professional teams are all but worshipped today as mass media brings their exploits right into every home and local pub that has a radio, TV or internet.  To ensure victory for the iconic team or individual, peak performance was demanded and thus the athletic coaching profession was born.  Tasked with bringing more out of the individual than the individual could achieve alone, the sports coach is essential to athletic success.   Can you imagine any team without a coach today?

Some of America’s most beloved sports have created legends in the sport coaching halls of fame.  Bear Bryant, Vince Lombardi, Patricia Summitt, Joe Torre and Bill Belichick are just a few.  They invariably guaranteed the local title no matter the institution.  And for the true sport fanatic, winning was everything.  Top sport coaches are paid tens of millions of dollars each year to ensure their team, and star performer, operates at maximum capacity.  In the world of athletic competition, the results are unmistakable:  great coaches guarantee great results.  But how did it become what we know today as Professional Coaching?

It may have had its roots in the transcendental movement in the 1830’s and 40’s, led by Ralph Waldo Emerson (1803 to 1882).  During a late summer speech in August 1837 called The American Scholar, sixty years after the Declaration of Independence, Emerson spoke the framework of a new culture apart from its dominant European influence4. In his efforts to break the grip Britain still had on America, he spoke of two mental states, one higher and the other lower.  In the lower state, the individual could not separate himself from being identified by his occupation or other mundane action.  In the higher state, the individual “must reject old ideas and think for himself, becoming a ‘man thinking’ rather than a victim of societal influence”5.  He was using creative thought to change the way a person viewed himself within society and by changing that perception, the person’s future would ultimately change.

By the middle of the 20th century, sports had become its own world.  With the subtle influence of contemporary thinkers echoing in the past, the first major transition from the sports coaching model to interpersonal coaching is credited to W.T. Gallwey .   He wrote a book in 1970 titled The Inner Game of Tennis, (influenced no doubt by his stint as a tennis instructor at Harvard in 1960).  Gallwey’s instruction is based on the person using non-judgmental observations of critical internal variables believing the body will adjust and correct automatically to achieve best performance9.  Although foundational to the tennis world, he found himself lecturing more often to business leaders in the U.S. than to sports professionals.  It was here the culmination of all aspects of coaching:  transporting people – teaching students – training athletes, would finally take hold in the American business marketplace.

Since Gallwey, there have been a slew of creative thinkers who worked to develop techniques for shifting the mind to improve individual performance.   The coaching tree has morphed into dozens of branches focused toward each client’s seemingly unique personal need.  There are coaches who focus on life, relationships, executives, small business, transition, diet, exercise, dating and more, all to meet what Emerson saw as everyone’s chief want, to be the best they can be.  Many, if not all, professional coaching foundational principles today have an aspect of maintaining the balance between the spiritual, mental, physical and emotional selves as the avenue to being one’s best.  Most deal with energetic capacity in one way or another, defining the basis for change as a function of the available energy we have for that change11.  The energy comes from what we tell ourselves, whether in good thoughts (positive energy) or bad thoughts (negative energy).  To be at peace is to have power and those without peace are those who are victims of self-punishment12.

Maslow’s Self-Actualization and the Socratic Method

This now brings us into the realm of Maslow’s “need hierarchy” where we rise above the internal demands for self-esteem and find ourselves motivated for something more.  When the more primal and basic desires have been met, only then are we taken to the place of self-actualization where our drive for self-fulfillment emerges.  “What a man can be, he must be.12” This instinct is fundamental to human life, as if planted there by design, a seed waiting for spring thaw.

But who was the very first coach to understand this “need” and who would be the first person to have it?   Some of the oldest historical signs of transformational thinking may be credited to the ancient Greek philosophers like Epictetus (~150 BC) who emphasized the ethics of self-determination or Plato (~400 BC), the great transcendentalist, much older than Emerson of course, or Socrates (~450 BC) who constructed virtue ethics.  There is also the teaching of Confucius (~600 BC) who taught personal morality, justice and sincerity. 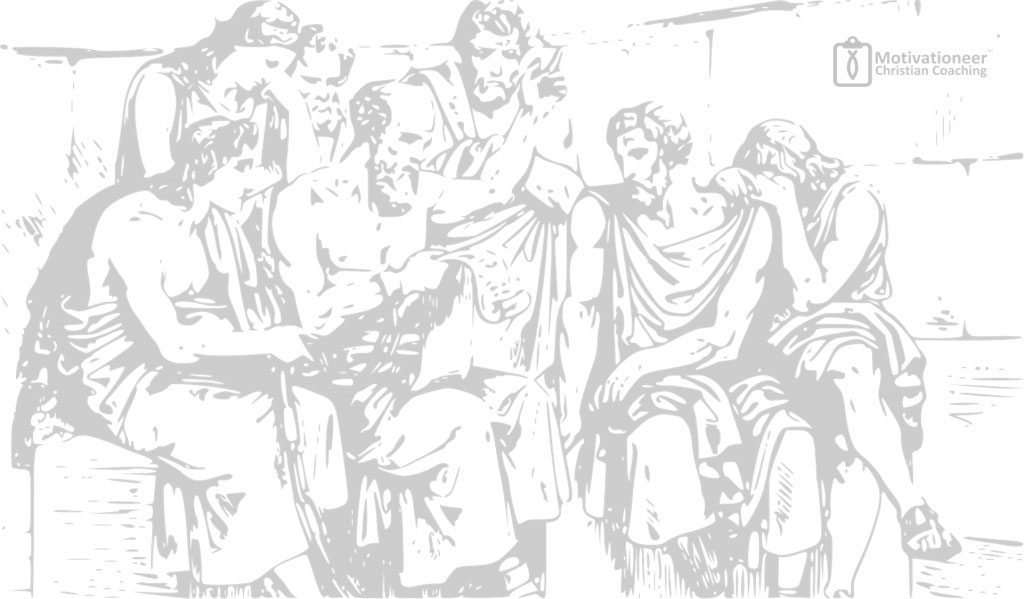 Thanks especially to the writings of Plato, Socrates is credited with what we now consider the preeminent, modern-day coaching technique – helping the “student” discover the answer within themselves.  Known as the Socratic method, it is based on asking and answering questions to stimulate critical thinking and to draw out ideas and underlying presumptions.

Historical evidence shows even older writings where this modern day coaching technique was used.  The first ever open-ended question recorded in history was spoken by God in the Garden of Eden to Adam and Eve, according to the Hebrew Old Testament scriptures.  After the two ate from the Tree of Knowledge of Good and Evil, God asked , “Where are you?” and “Who told you that you were naked?”  God knew these answers, but in order for Adam and Eve to grow in understanding and reasoning, to take responsibility for their own choices, he asked questions instead.  The ancient Jewish teachings of the Maker, the Creator of all, Author of Life can therefore be considered the First Coach!  And the tradition of Adam and Eve’s exploits were certainly not the end of the coaching process in the Holy Bible.

Modern Christianity is built on the foundation that Old and New Testament canonization contain the complete teachings of God for mankind.  Part history, part poetry, part law, part philosophy, the essence of true coaching can be found throughout.  As the ancient text is explored for other signs of coaching, we find God in the desert with Moses, who refused to be the spokesperson to lead the Israelites out of Egypt.  God asked him in response, “What about your brother Aaron, the Levite?”  The story begins with a sheepish character, afraid of answering the call to be the great leader, giving into his fears of public speaking, refusing to go.  Once asked about his brother Aaron, Moses considers the possibilities of what could be, perhaps imagining what it would be like to lead while having a public speaker doing the talking instead.  God knew what Moses needed to inspire him…this single question.  When the details of all that happened in Egypt are reviewed in the text, we find Aaron did not speak a single word in the events of the great Exodus.  It was Moses alone. 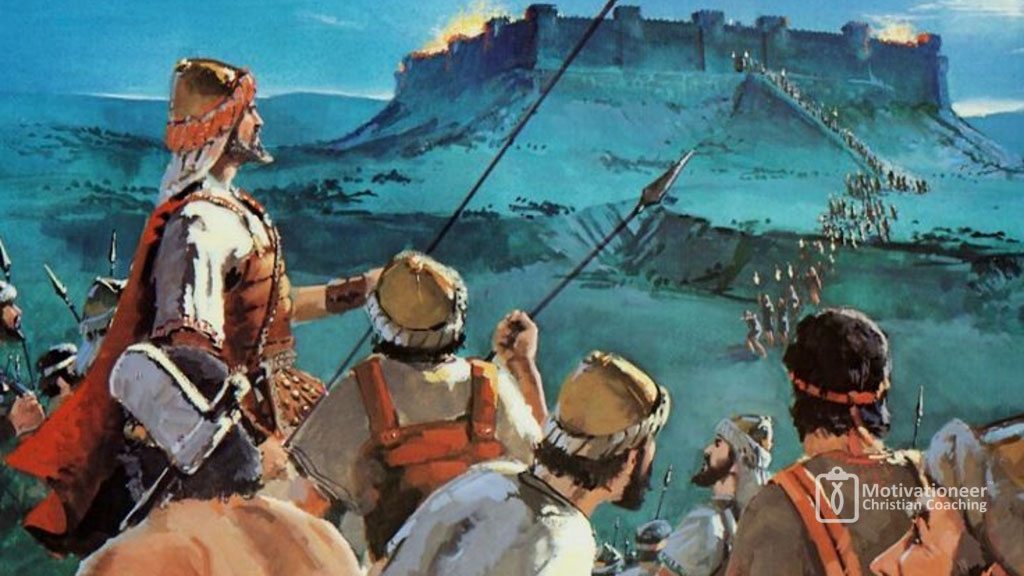 God coaches Joshua in his moment of fear after suffering a great defeat against the city of Ai.   Moses was now dead and Joshua was chosen as the great commander of the people.  As a new leader, he already gained an important victory at the battle of Jericho.  His next target seemed quite unimpressive.  He sent only a portion of his army to the fight.  The men of Ai crushed the Israelite soldiers throwing Joshua into an emotional tailspin.  Overwhelmed with fear, he lay face down, devastated by his vision of the future, where the armies of surrounding cities would inevitably hear about the loss and surely come to finish off the seemingly impotent nation of Israel.  God, in this moment, asked Joshua one question, “What are you doing down on your face?”  Seemingly at once his energy shifted, his mind now free to imagine all the reasons he should be standing tall, having recently defeated the largest city in the region, and probably only making an incorrect battle plan against a small town.  The future was indeed bright and Joshua had a better grasp of the truth, all stemming from this one question from God.  After following new direction in dealing with shortcomings among his army, Joshua would be ready for battle once again.

Although just a few examples of how open-ended questions were used by God and his chosen people Israel, there are many others throughout the Bible.  Samuel uses this style with Israel’s first King, Saul. Nathan uses coaching to get David to see his sin.  God uses it through the Psalms and most of the prophets by posing deep questions and leaving us to answer.  Still more, God uses this tact with Job to ultimately help him obtain humility, to inspire Isaiah to take up the prophet’s ministry and encourage Jeremiah to continue on after great sadness. 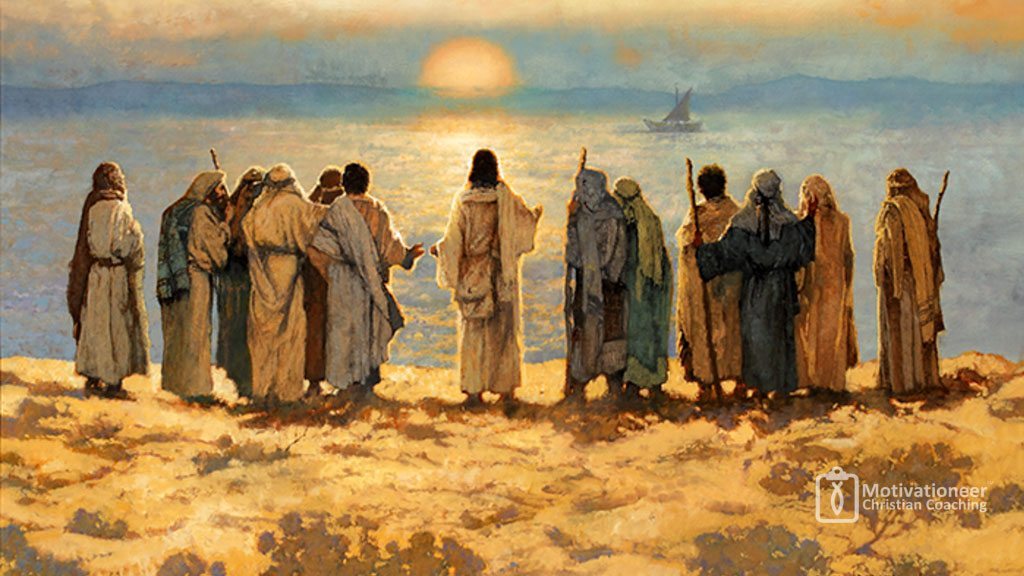 Ultimately, we see modern day coaching techniques used by Jesus Christ himself as he instructed his band of disciples in the desert and sea regions of modern day Palestine.  He was famous for answering questions by asking more, and in doing so opened the eyes and hearts of many to follow.

Mainstream professional coaches today may never take interest in knowing just how far back true coaching goes.  For those that have that interest they will find the first coach in the beginning of it all.

Coaching at work is not new. Just do a quick internet search and you'll see a plethora of articles... 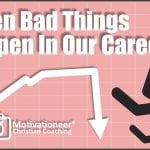 ZOOM S2 Session 13 – When Bad Things Happen to Our Career 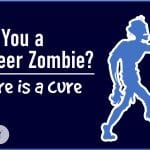 ZOOM S2 Session 11 – Are You a Career Zombie? There is a Cure 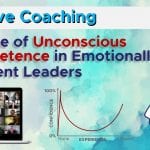