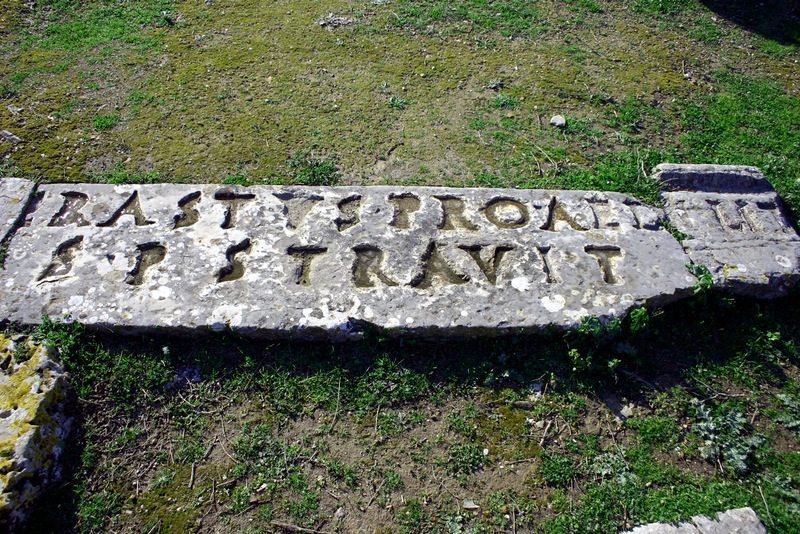 God’s Special Purpose for Us

In our Christian lives, perhaps from the time we came to know the Lord, when first clothed with Christ, we believed God had a special purpose for us.  In some cases that meant working in the full-time ministry as a pastor, evangelist, counselor, youth minister, deacon, or worship leader.  For others it may have been a mission field in a far off land, serving those in poverty, the homeless, orphans, helping battered women, reporting on the tragedies of hate victims worldwide.  And still others may not have known precisely their calling, but had a sense God would reveal that great purpose in time.

Whatever our own story, we all probably developed an early conviction to work with all our hearts knowing God Himself was our true employer (Col 3:23).  We wanted more than anything to glorify Him as the salt of the earth, the light of the world, that city on a hill.  We would touch people’s lives and bring the Love of Christ to the unknowing.

God May Choose a Different Role Than Expected

There are some who had a dream so seemingly apparent, so obvious, we just couldn’t wait for God to unveil that plan to the rest of the world.  In my case it was the full time ministry, working for a church and serving the fellowship of believers, sharing my faith to local communities, teaching from God’s word the power of salvation in Christ.  But that time never came.  God constantly steered me away from this perfect plan even though I tried at times to force it.  He had a different purpose in mind and sent me instead into the corporate world.  The next fifteen years were spent in Fortune 100 companies, one being in the top ten.

I felt discouraged for a time, unhappy at this re-casting of roles.  “Why are you doing this?” I wondered of God. “Why assign me a different part on life’s stage when it’s so clear I should be in the ministry?”  His answer took time to decipher but when I did, it was clear:  I did have a mission; it was simply in a different scene with unique backdrops and new, exciting props.  I would take his message into the corporate world instead.

A similar story unfolded for a man in the New Testament, a man named Erastus. There are only  three places Erastus is mentioned, just enough to learn of his own re-casting on God’s great stage.  We can’t discern how he felt as things changed for him, but the change, once noticed, seems clear.

Acts 19:21-22
After all this had happened, Paul decided to go to Jerusalem, passing through Macedonia and Achaia…He sent two of his helpers, Timothy and Erastus, to Macedonia, while he stayed in the province of Asia a little longer.

While in Ephesus on his third missionary journey, Paul sent Timothy and Erastus ahead of him to Macedonia, modern day Greece.  From there they went to a region in lower Greece called Achaia, to the great city of Corinth.  It was in Corinth Paul met up with them.  Erastus was one of Paul’s traveling companions helping spread God’s word, building the first century church.

It was in Corinth Paul would write what may have been his most profound letter – his letter to the church in Rome.  In this letter Erastus is mentioned for the second time.  This is the time we see the recasting in his journey:

Romans 16:23
Gaius, whose hospitality I and the whole church here enjoy, sends you his greetings.  Erastus, who is the city’s director of public works, and our brother Quartus, send you their greetings.

Within months of Paul meeting up with Timothy and Erastus in Corinth (approximately 57 AD), Erastus had become the Corinthian city’s director of public works.  Corinth was one of the largest cities in the Mediterranean region and a significant port city.  It was also one of the largest of the first-century churches. This position meant he was in charge of all infrastructure projects financed and constructed by the government for recreational, employment, health and safety in the greater community.  It was a position of much authority.  Maybe Erastus had been trained as an engineer and left his full time job to accompany Paul on his travels, and for reasons we can’t know, had pursued this high level position after arriving in Corinth.

God’s Plan Is Better Than Ours

This idea surely resonates with me. My first few years as a young Christian were spent eagerly denying the possibilities of corporate growth focusing my sole attention on seeking and saving the lost.  I was under employed, willingly, barely able to financially support myself let alone the work of the church.  As I would later discover, God had different plans for me, as he now did for Erastus.

Acts 20:4
[Paul] was accompanied by Sopater son of Pyrrhus from Berea, Aristarchus and Secundus from Thessalonica, Gaius from Derbe, Timothy also, and Tychicus and Trophimus from the province of Asia.

This would have been the third opportunity to mention Erastus.  This time, however, we find him missing from the list of Paul’s traveling companions as Paul departed Corinth.  It appears Erastus stayed behind.  We can speculate that Paul realized Erastus could have more of an influence as the city’s director of public works than as a traveling evangelist.

2 Timothy 4:20
Erastus stayed in Corinth, and I left Trophimus sick in Miletus.

Near the end of Paul’s life (approximately 67 AD), from a prison in Rome, he wrote his second letter to his faithful companion Timothy.  In this third mention of Erastus, we confirm our previous observation that Paul indeed left Erastus in Corinth to continue as the city’s director of public works.  We certainly don’t know the full story and all its details.  Was Erastus accompanying Paul for the very deliberate reason of becoming the Corinthian Director of Public Works?  Perhaps.  Might Erastus have been traveling with Paul as a trainee, like Timothy and Titus, to someday become an elder of a larger church?  Maybe.  We just don’t know.

We Can Serve God in Many Powerful Ways

This story appealed to me because I thought I knew God’s plans for my life in serving the church.  This brief story of a little known character named Erastus encourages me to be all I can be in my corporate role. Whatever the reasons for Erastus going to Corinth, his life-role was greatly changed and he ended up serving God from a place in the secular world, a position of authority in one of the largest cities of the early church.

God uses all of us in various ways, at various times and in various places. He can and certainly does use us within our careers. Imagine all the Greek officials, politicians, and prominent people Erastus could now access for Christ.  His excellence at work put him in a place of great authority as will our own career achievements.  It is a noble thing to serve God from a secular role…even if we thought it would be from a different place on stage. Our future is bright because God is our guide, our great mentor  and CEO.

As I have always maintained, ambition is truly a virtue. We did a Saturday ZOOM session, back in early... 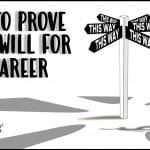