In the previous excerpt on this topic, I proposed a new way to look at Matthew 7:7 and Luke 11:9, when addressing our career desires.  ‘Ask, seek and knock’ is actually a three part process that goes beyond prayer alone.  Prayer is not diminished.  The power of prayer remains the source of our strength and connection to Almighty God.  In fact, prayer is where it all begins…our humble petitions before His mighty throne.

Remember, Matthew already addresses prayer in the previous chapter. He uses no less than 10 full verses in Matthew chapter 6 to expound on the essence of prayer.  Matthew 7 then takes it to the next level.  The good news is, when looking at these passages differently, you don’t just have to take my word for it. There are a few well-known commentaries that approach the ask-seek-knock directive with the same eye of discernment.

McGarvey and Pendelton have this perspective: “Asking is a simple use of voice, seeking is a motion of the body, and knocking is an effort to open and pass through obstacles.”

John Wesley views it this way: “But ask – Pray for them, as well as for yourselves: in this there can be no such danger. Seek – Add your own diligent endeavors to your asking: and knock – Persevere in that diligence.”

Arthur Pink makes this claim: “Every commentator we have consulted regards the passage as dealing solely with the subject of prayer: personally we deem such a view to be an undue narrowing of its scope.”

They each have good reason to think beyond prayer. ‘Ask, seek, knock’ points to deeper meaning.  And when it comes to career advice, the application of the differences is profound.

The original Greek word for ‘ask’ (aiteō) is used nearly 70 times in the New Testament and connotes verbal speech between two or more beings.  The sons of Zebedee ask Jesus to sit at his right and left in Matt 20.  The daughter of Herodias asks Herod for the head of John the Baptist in Mark 6:25.  The Jews ask of Pilot that Jesus be crucified while Barabbas is released in Luke 23.  The beggar at the gates of Jerusalem asks Peter and John for money in Acts 3.  These are just a few to illustrate the straightforward view that when Jesus says ‘ask’ it means a request.

The second word from the trio is ‘seek’ (zētēo) and is used over 110 times in the New Testament.  Nearly every time it accompanies vigorous activity.  Herod searched for the child Jesus to destroy in Matt 2.   The kingdom of heaven is like a merchant seeking fine pearls in Matt 13.  Mary looked for little Jesus when he disappeared as a child for a day in Luke 2.  The men carrying their paralyzed friend onto the roof sought Jesus for healing in Luke 5.  The Lord appeared in a dream and told Ananias to seek Saul in Tarsus in Acts 9.  Paul was blinded and immediately went about searching for someone to lead him in Acts 13.  Of course there are many more.

Rarely does the word faintly pertain to prayer across its many appearances.  Could it mean vigorous prayer?  Perhaps.  I propose something different:  Since prayer is already covered in ‘ask’, (not to mention several times prior in Matt 6) why not assume ‘seek’ is used in the same context as the rest of the New Testament?  When you ‘seek’ the Kingdom of God are you just praying for it?  No. The parables of the Kingdom tell a more active story indeed.

The final word of the triad is ‘knock’ (krouō) and is used only nine times in the New Testament.  Since four of the times are used in Matt 7 and Luke 9, we can look to the remaining five for clarity.  Jesus tells the parable of groomsmen at a wedding opening the door when their master knocks in Luke 12.  A similar parable is used in Luke 13 when the head of the house closes the door, refusing to answer even though men outside are knocking.  When Peter escapes prison miraculously, he knocked on the door where they were praying and the servant girl came to answer it in Acts 12 v13, doing so only after Peter continued knocking in v16.  Finally, Jesus stands at the door and knocks in Rev 3, demonstrating real interaction in our lives, not praying to us fervently.  We have the opportunity once again to use the word ‘knock’ in Matt 7:7 and Luke 11:9 in the same context as it’s used in the rest of the New Testament, as a physical activity requiring tangible interaction.

So, how does this teaching of Jesus pertain to your career endeavors exactly?  Come back and read the final installment to find out… 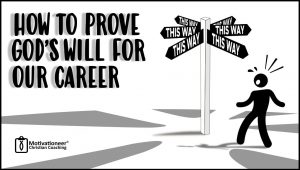 As many times as we wonder about God's will for our lives, most don't consider there is a way... 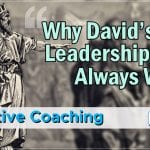 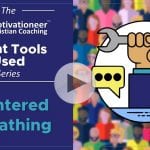 The CTU Series: “The Power of Centered Breathing” 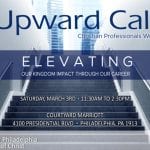